Inspiration from God's word to help you achieve your dreams.

Changing The Way You Think Can Impact Your Marriage Positively 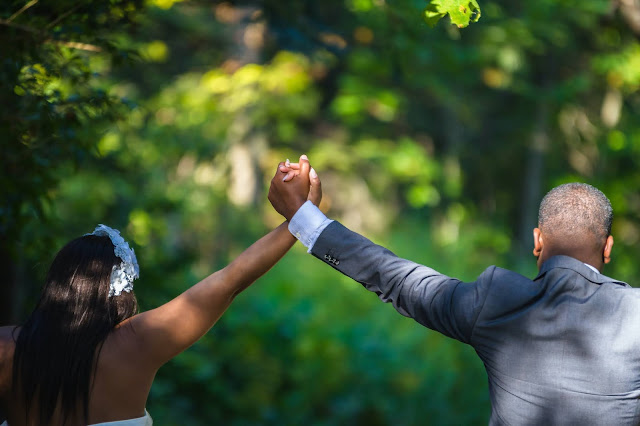 A personal finance expert recalled a certain time she visited the supermarket with her kids. On reaching a particular display counter, the kids were reaching out for their favorite expensive items. She wanted to say ‘hey we can’t afford these items now’. But she caught herself early having learnt not too long before the harmful effects of saying ‘we can’t’. She reconstructed the sentence and asked, ‘what can we do to afford these items?’ And that spurred lots of ideas and solutions to generate more income for her kids to purchase their favorite items.

It’s a wonder to know that when you adjust the way you think, it can have a great effect on your response and action.

The mind is a powerful tool. You can use it to drive your life and marriage  in the path of success.

You are what you are and have what you have because first you told yourself so and acted in the way that brought the things you have into your life.

A Psychologist Today columnist wrote in an article that our mental and emotional activities are interconnected. Our emotions,that is our response and actions are fruits of our thoughts.

For example,there are times when you see some kind of people and you think to yourself "I don't like this person because of this and that". Before you know it, you begin to act towards that person in the manner you have thought about them. Sometimes, you may not have had any conversation with them to really know who they are but because you have thought in a particular manner regarding them,you become indisposed to acting towards them in that way.

How you think about any person empowers you to either behave positively or negatively.

So imagine that you always have cool thoughts about your spouse. That will trigger you to act in a way that will foster love and peace even when he hurts you badly. You are tender towards him because you have set your mind to be so.

So, if your marriage is characterized by a constant bickering and fights, the key to unlocking happiness and marital bliss may just be changing the way you think about your spouse.

Do you see him as a monster incapable of loving you and being loved in return? What if you look beyond his seemingly bad attitude and see a man who can be influenced by the Holy Spirit to be a better man. The heart of any man is in God's hands and He can influence it to do the right thing for your marriage.

What if you adopt the mindset of freely forgiving him each time he hurts you because Jesus says we should forgive one another not just once but seventy times seven?

When you forgive him,anger and bitterness will not have it's hold on you. And by so doing,you are laying a good example that will inspire your spouse to be a better man.

Cheers to your marital bliss. Enjoy your marriage and family, it is God’s gift to you.

Dear Woman,Your Talents and Gifts are a Big Deal! 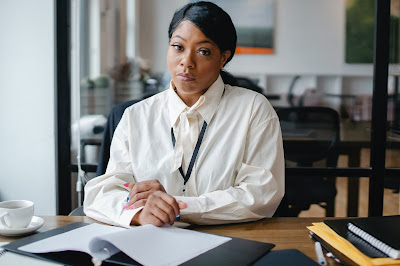 1Timothy 4:14 "Do not neglect the gift you have..."
A young woman who had not had a meal from the day before because of some financial difficulties found some scraps at her backyard and threw it out.
While she did, she met the inquisitive gaze of a passerby. A few minutes later, she came back to get something outside her compound and found that the passerby and a scrap collector were haggling over the price of the scraps she had just thrown away.
The price for which the scraps were sold left her mouth wide open. She couldn't believe that she hadn't had a meal from the previous day because of a lack of cash and she had a solution all along but couldn't see it.
Like the woman in this story, how often do we commonise what we have--our gifts and innate abilities. We look at the things that we have and treat them like the scraps--we throw them away! And our lives are no better for it. We want something that is outside of us to help us do well in life. If we turn to the things we were not created for, life will be a constant struggle. An Albert Eistein quote says a fish may live all its life thinking it is stupid if it keeps being judged by its ability to climb a tree. He adds (paraphrasing): everyone is a genius when you do life from the place of your natural habitat and not outside of it
Your gliding through life is dependent on if you follow your talents and abilities. You don't only get to prosper, you get fulfillment and make maximum impact because you are operating from your place of strength.
Often the gifts we have may look like scraps, but when honed and developed their beauty will shine through. A diamond doesn't look like
one when it's first mined, until it's worked on.
Today, make up your mind not to look down on your gifts, talents, God given abilities or aptitude because therein lies the power to change your life and that of others. When we value them and put them to use, we will profit because they were given to us by God for us to profit.
Our scripture reminds us today that our gifts matter and we need to put them to work to make a difference not just in our lives but in the lives of others.
Fight Until You Win 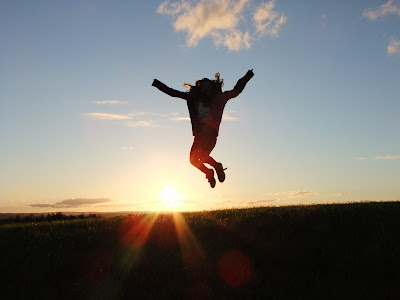 What if Esther had not taken a stand to be who God called her to be
Just because she wouldn’t dare the kings order
To save her people?
Her name would not have been written in the words of life
Her footprints would be never left in the sands of time
"For a time such as this"
would never have been known
If she had not taken that stand to be who God called her to be
And Jabez?
What if he had not prayed but accepted his fate saying
'I was born this way'?
But no!
He prayed and his life was never the same
See Jacob the sup-planter later prince with God
Because he held on
He kept pressing in until he got the promise
I know it’s hard to keep moving in the darkest of night
But instead of rocking that boat
Step into the raging waters
Fix your eyes on the promise
Cause you will hear him say 'peace be still'
He is the King of the flood
The Lord of the storm
When we are weak He is strong
So stand up and fight
Fight
Fight for the dreams in your heart
Fight for the life you want
Fight for the destiny he called you
Fight today for your tomorrow
Fight for the future you see
Fight the good fight of faith
Fight until you win
Cause you will win
And when you win
A new day begins
It will be a better you
A bigger you
A Greater you
A Glorious you
A higher you
So, Fight until you win
Cause you will win

Popular posts from this blog

THE CAREER JOURNEY FROM A BOTANIST TO A BAKER : AN INTERVIEW WITH ORITSETSEMAYE BIBI IBOK

BY JULIE IBOK Oritsetsemaye Bibi Ibok Oritsetsemaye Bibi Ibok is a Professional Baker. She has mentored and trained a lot of students in baking artistry.  In 2020, she was hosted by Nigeria Info Port Harcourt 92.3 fm, where she discussed about her profession and the competition in the baking industry. Also, in 2021, she was hosted by Vendorsyard on Instagram. In this interview, she speaks of her career story as a professional Baker and what women can take from her journey. What is it like for you transitioning from the corporate world into an entrepreneur? The process was gradual. I worked in a secondary school for a while, later on I resigned and opened a poultry through an NGO program. I wasn’t really happy with the poultry I had, so I made a full transition from poultry to baking. Transitioning into an entrepreneur was very easy for me because I’m very apt and creative in crafts and vocational skills. Also, I had an intuition that working for someone wasnt in the cards
Post a comment
Read more

A CAREER STORY FROM A SOCIOLOGIST TO A PRINTER ENTREPRENEUR: AN INTERVIEW WITH ONYINYE UCHENDU

Onyinye Uchendu  By Julie Ibok  Onyinye Uchendu is a graduate of sociology from the University of Uyo, Nigeria. She's a creative graphics designer, and also a certified HSE officer. Currently, she's a printer entrepreneur. She's also the CEO of Focus Prints Services which she started in the year, 2010. In this interview, she'll be discussing her career story as an artistry printer, and what women can take from her journey. Tell me about how you went from being a sociologist to a printer entrepreneur? Sincerely, I didn't plan to be a printer entrepreneur, but after my NYSC, I got a menial job with a printing company as their front desk officer. My take home was very little, so I decided to resign after six-months on the job to search for a better one. I stayed at home for two months; moving around and looking for a good job but there was no luck. I had to ask myself some keen questions. I thought about the past experience I had from the printing outlet I worked for,
Post a comment
Read more

Awunli Eghosasere
Welcome to HapiWify!!! We are glad you are here. We are the number one destination for young women who want to unlock their potential and fulfill purpose.