3 Ways Women Can Unlock Their Potential 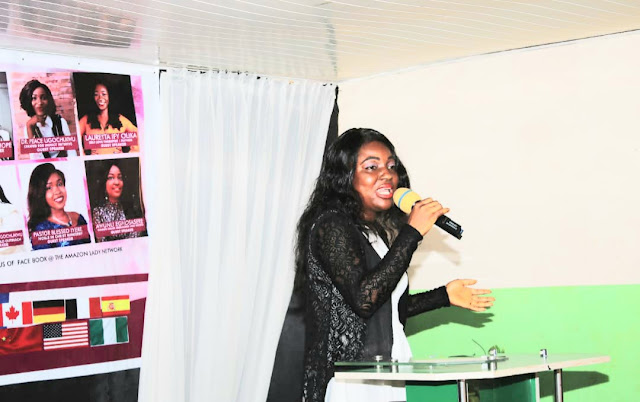 By Awunli Eghosasere
This is the transcribed and updated version of the talk I gave in commemoration of women's day.

As a woman, in today's world, we have lesser obstacles to combat on our path in comparison to what women who came before us faced in their journey to making the most of their lives.For example, Milevia Maric, a woman who lived in the 20th century and the first wife of Albert Einstein encountered  gender bias that led her life down the path of many misfortunes.She was a talented physicist and mathematician but the world didn’t hear her name. We only heard about the feats of Albert Einstein, her husband. However, recent research has revealed that she contributed to the "theory of relativity" that garnered him much fame in society.Their marriage didn't work out and they got divorced. Afterwards, she became a shadow of herself for the rest of her life. There was no dime or achievement to her name.Had her potential been unlocked, perhaps she would have embedded herself in history but instead she remains an unsung hero.Today women can go to school and reach the peak of an academic education, political ambition, and climb to the height of the corporate ladder. Research shows that more women have P.hD than men do. In cases where you can't go to a traditional or conventional school, you can get an education online and mostly for free!In other words, we do not have any excuse not to make most of the advantages that technology has made possible in today's world. We should make every attempt to move forward in our endeavors and make more impact.Because women who have come before us have paid the price to see that we get equal opportunities as men, we should not let their fights be in vain. We should work harder to create better pathways for those who are coming behind-- our sisters, our daughters and generations unborn. If we don't do better they may not go farther.So how do we unlock our potential and maximize it?
Identify Your Limitations.What are the things that God has placed in your heart? What is the dream that keeps tugging at your heart, and you have the desire to accomplish them but there is something standing in your way?Sometimes, you need to call out the obstacles for what they are. You need to identify them,itemise them and analyse them so you can decipher what path to take to overcome them.

Diana Trujilo was an American immigrant who left a war ridden country to pursue her dream. She left her home country with only $300. She took up cleaning jobs to see herself through school. She made headlines in March as an immigrant who went from being a cleaner to becoming a flight director at NASA, a national body for space activities in the US.

Had she not taken the risk to fight for her dreams, she would perhaps had been married off at a younger age and would scarcely have had an inkling of what the future looked like on the other side-- the side of taking action or taking the steps to make something happen in your life.


She was 17, when her country was neck deep in violence. Every night she would go outside and lie down on the grass looking at the stars and asking herself: "what is out there that is better than this life I am experiencing?"

You see there was a longing to be more,to experience more,to do something more. But that longing didn't stop there. She responded by taking action. What action will you take today to overcome your limitation so you can land at the right side of your destiny?

What steps will you take today to assume your full potential? She made a choice to fight for her dreams. Will you fight for your dreams?
To move from point A to B, you will need to take the steps. It is either you walk, crawl ,jump or someone carries you in the event that you cannot walk. In other words, there must be an action to take you to point B.
When you take the action, God will bring the increase.
You should know that destiny is achieved, not waited for. You are personally responsible for the outcome of your life. In other words, your life is what you make of it.
Action Point: List out what you think is stopping you from moving forward and from being more. Itemise them and begin to deal with them.


Walk In Your Own Purpose.

An Albert Einstein quote says a fish will think it is stupid all its life if it is expected to climb a tree. A fish is designed to function in water. But here it is flexing its muscles to climb a tree. Before it even takes a leap, it will get frustrated because that is not its habitat. Are you a monkey trying to become a fish or a fish trying to become a monkey by climbing trees?

The only way you can fully become an extraordinary success is when you stay within the ambits of your purpose.  Walking outside it is walking outside the things that will make your life glide smoothly in life.

You can only become more or flesh out what God has put in you only when you live in your purpose. When you are on your path, you will attract favour for your own path.
Your own path was specifically designed for you. On that path, there isn't anything there to out compete you. Follow your own path to increase your level of success. Don't be overcome by peer pressure or what others think of a particular vocation, career or endeavor. Because at the end, your life is your own, not thiers. So live for you, so you can be all you were created to  be.


Take Advantage of the Things Placing a Demand on Your Abilities.

I love to talk about the biblical Joseph's story a lot. Because it taught me life lessons. When Joseph was in prison, he sought opportunities to apply himself. When he saw the butler and baker sad, he approached them to find out how he could be of help. They told him they have had bad dreams. He didn't hush them. Because as far as we the readers are concerned, it was this matter of dreams that landed Joseph in trouble. It would have been a perfect moment for Joseph to have run away from the very thing that ignited jealousy and hatred from his brothers. But  Joseph went ahead to solve the problem for them and even asked to be remembered.
When we read this story, it may be tempting to assume that because Joseph was destined to become a Prime Minister in Egypt, things would just fall into place for him. But this action he took by helping the baker and butler shows that "Joseph worked out his salvation". Because this action was instrumental to his release from prison.
In Portiphar's house as well, he made himself useful. He had every right to get involved in every kind of social vices because life was so unfair to him.  But he chose to make himself useful and as such developed the leadership capacity that helped him during his reign as a prime minister.
What are the things that are placing a demand on your skills? Don't run away from them. It is an opportunity for you to develop capacity.

The environment and things you expose yourself to matters a lot. Are you exposing yourself to things that will help you think farther, dream farther and reach out for better? The environment in which you plant yourself can make or mar your potential. Have you heard of the phrase "deep calls out to deep" in scriptures?

There are some places or people that you get exposed to that will ignite the things God has put in you. It's just like when Elizabeth came in contact with Mary. The baby in her womb leaped with joy because he was face to face with his destiny. Put yourself in places that will help you birth what you are carrying inside of you.

For example, we  celebrated Kamala Harris as the first Vice President of one of the most influential countries of the world. Her passion for public service was a dream planted in her heart when she was a child. In one of her speeches, Kamala Harris credits the inspiration to live a life of public service to her parents who often took her to civil right marches in the 60’s.

We can influence the aptitude to succeed by exposing ourselves to things that will ignite dreams in our hearts.
Read Also:
From a Cleaner to Aerospace Director : Diana's Career Trajectory Shows that It is Possible to Achieve Your Dreams.

Popular posts from this blog

THE CAREER JOURNEY FROM A BOTANIST TO A BAKER : AN INTERVIEW WITH ORITSETSEMAYE BIBI IBOK

April 18, 2021
BY JULIE IBOK Oritsetsemaye Bibi Ibok Oritsetsemaye Bibi Ibok is a Professional Baker. She has mentored and trained a lot of students in baking artistry.  In 2020, she was hosted by Nigeria Info Port Harcourt 92.3 fm, where she discussed about her profession and the competition in the baking industry. Also, in 2021, she was hosted by Vendorsyard on Instagram. In this interview, she speaks of her career story as a professional Baker and what women can take from her journey. What is it like for you transitioning from the corporate world into an entrepreneur? The process was gradual. I worked in a secondary school for a while, later on I resigned and opened a poultry through an NGO program. I wasn’t really happy with the poultry I had, so I made a full transition from poultry to baking. Transitioning into an entrepreneur was very easy for me because I’m very apt and creative in crafts and vocational skills. Also, I had an intuition that working for someone wasnt in the cards
Post a comment
Read more

A CAREER STORY FROM A SOCIOLOGIST TO A PRINTER ENTREPRENEUR: AN INTERVIEW WITH ONYINYE UCHENDU

May 03, 2021
Onyinye Uchendu  By Julie Ibok  Onyinye Uchendu is a graduate of sociology from the University of Uyo, Nigeria. She's a creative graphics designer, and also a certified HSE officer. Currently, she's a printer entrepreneur. She's also the CEO of Focus Prints Services which she started in the year, 2010. In this interview, she'll be discussing her career story as an artistry printer, and what women can take from her journey. Tell me about how you went from being a sociologist to a printer entrepreneur? Sincerely, I didn't plan to be a printer entrepreneur, but after my NYSC, I got a menial job with a printing company as their front desk officer. My take home was very little, so I decided to resign after six-months on the job to search for a better one. I stayed at home for two months; moving around and looking for a good job but there was no luck. I had to ask myself some keen questions. I thought about the past experience I had from the printing outlet I worked for,
Post a comment
Read more

Awunli Eghosasere
Welcome to HapiWify!!! We are glad you are here. We are the number one destination for young women who want to unlock their potential and fulfill purpose.